CONCERT CANCELLED!!!
We are very sorry, but due to illness we unfortunately have to cancel the concert of the VOILA! trio. All those who have already purchased a ticket will be refunded. We will inform you about the alternative date of the concert. Thank you for your understanding.
Going to the autumn concert of the band VOILA! in Vyšehrad means going on a cheerful musical trip to France accompanied by three great musicians, not only for its captivating chansons. The timbre of Zdenka Trvalcová’s voice is reminiscent of the time when Edith Piaf sang on the streets, which this actress and singer played in the stage musical “Edith Piaf - Sparrow from the suburbs”. In the VOILA! trio, together with accordionist Michal Mihok and guitarist and singer Tibor Žida, they will delight you not only with original versions of well-known French songs, but also with their own original work, which honors the tradition of the French jazz manouche style. Visitors to the Old Burgrave’s House can look forward to an unforgettable evening with a surprising mix of musical genres, such as French chanson, swing, but also hip hop, opera or world music.
The ninht night of the brand new concert season at the Chamber Hall of the Old Burgrave’s House MUSIC AT VYŠEHRAD. 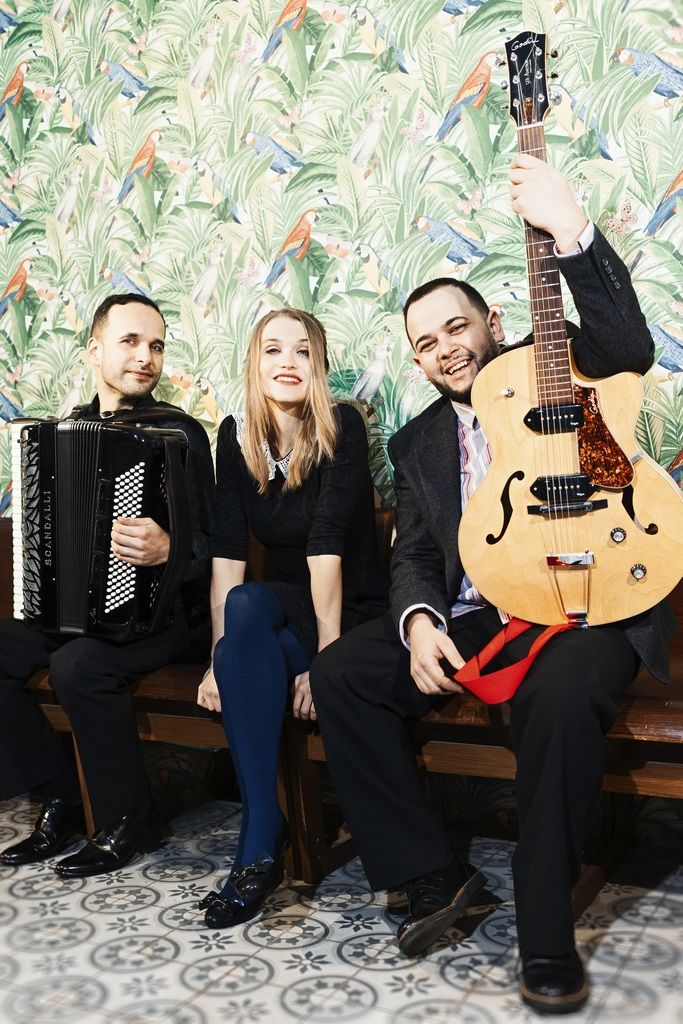 General (till November 17th): 150 Kč
On the day of the event + at the door: 190 Kč
Only seating tickets, the seats are not numbered.
20 minutes interval after the first half.