In 1881, at the initiative of Mikuláš Karlach, the upper area was planted along the road and walls, and orchards, later called the Karlach Gardens, were established shortly thereafter. They are located in front of the residences of the Vyšehrad Chapter by K rotundě street. In the following decades, the park was gradually planted with trees, the Devil’s Column was placed here, as well as the statue of St. John of Nepomuk. The Karlach Gardens are composed on a rectangular floor plan, and the park’s axes are lined with linden alleys. The central transverse axis is connected to the facade of the new deanery and to the well in the form of a neo-Gothic chapel and is lined with a flowerbed. Until the second half of the 20th century, there was horticulture in the western part of the park; the area was later connected to the Karlach Gardens and provided with diagonally guided paths. The last modifications based on the design of the architect Otakar Kuča took place in the years 1999 - 2000, when a classicist fountain was placed in the eastern part of the Karlach Gardens, and later also a statue of the provost Karlach by the sculptor P. Malovaný (2003) was added. 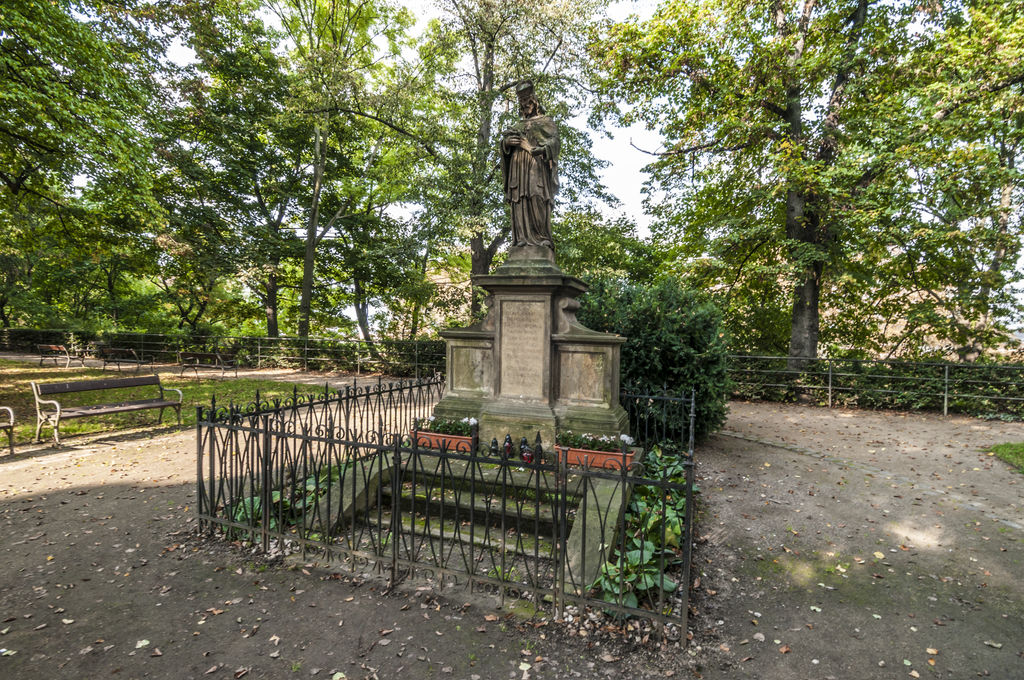