The Ducal and Royal District Acropolis is considered to be the most historically valuable area of Vyšehrad. There was a Přemyslid palace, whose remains, including the Gothic Cellar, can still be seen here, alongside many other monuments. Among the irretrievably lost sites is the Baroque armoury, which was the largest building in Vyšehrad and which had occupied a significant part of what is today the park; it burned down in 1927. After World War II and the bombing of the Emmaus Monastery, the group of sculptures from Palacký Bridge by J. V. Myslbek was relocated to its place. It is very thematically convenient, because they portray scenes from Czech myths and legends, which often take place in Vyšehrad, and have been the main dominant of the today’s acropolis’ parterre.

Thanks to the realization of the design of Otakar Kuča (2003 - 2006), the area of the ducal district was fully developed again from the Basilica of St. Peter and St. Paul to the walls above Podolí. The revealed archaeological findings - a Romanesque bridge and the foundations of palace buildings – have been preserved and are accessible to visitors. The paths along the trails from the times of the Přemyslid dynasty naturally connect the monuments with the fortified promenade, which offers magnificent views west and south, and is lined with vineyards reminiscent of the local tradition of wine growing from the time of Charles IV. 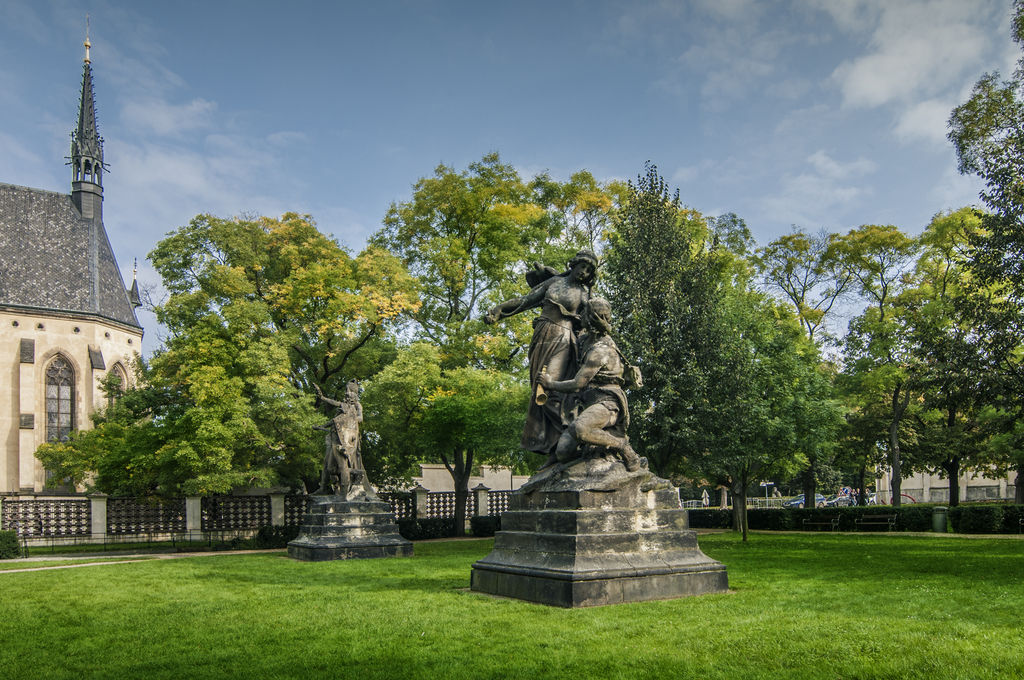 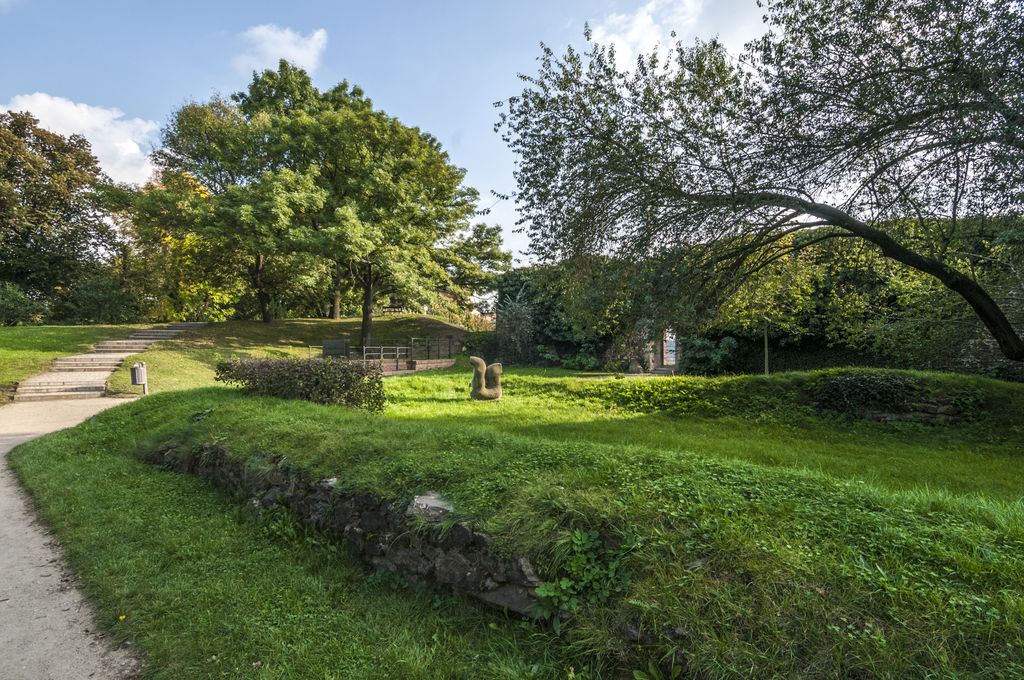 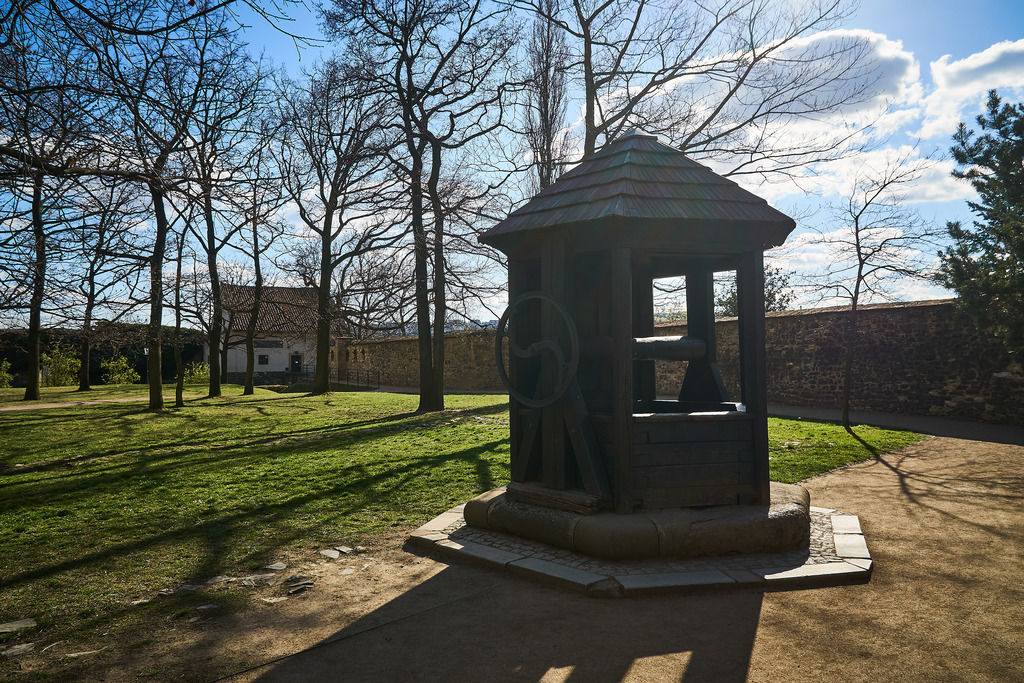