The cemetery by the Basilica of St. Peter and St. Paul was one of at least four cemeteries known to exist in Vyšehrad in the Middle Ages. However it is the only one preserved until today. The transformation of this formerly seldom-used cemetery into a national burial ground is related to the activities of the Svatobor association and Vyšehrad canon Václav Štulc in the second half of the 19th century. Its dominant is the Slavín Tomb, the shared tomb of important personalities of Czech culture and sciences. The monumental tomb was designed by Antonín Wiehl who also projected the extension of the cemetery to the north including the arcades. Today, 600 prominent personalities of Czech culture is buried in Vyšehrad, 50 of them in the Slavín Tomb. There can be found poets, writers, actors, sculptors, painters, architects, sportspeople and scientists including music composers Bedřich Smetana and Antonín Dvořák, writers Božena Němcová, Jan Neruda and Karel Čapek, painter Alphonse Mucha, inventor František Křižík or the Nobel Prize laureate Jaroslav Heyrovský. There is also the symbolic grave of czech politician Milada Horáková, the victim of a political murder by the nation’s Communist Party. 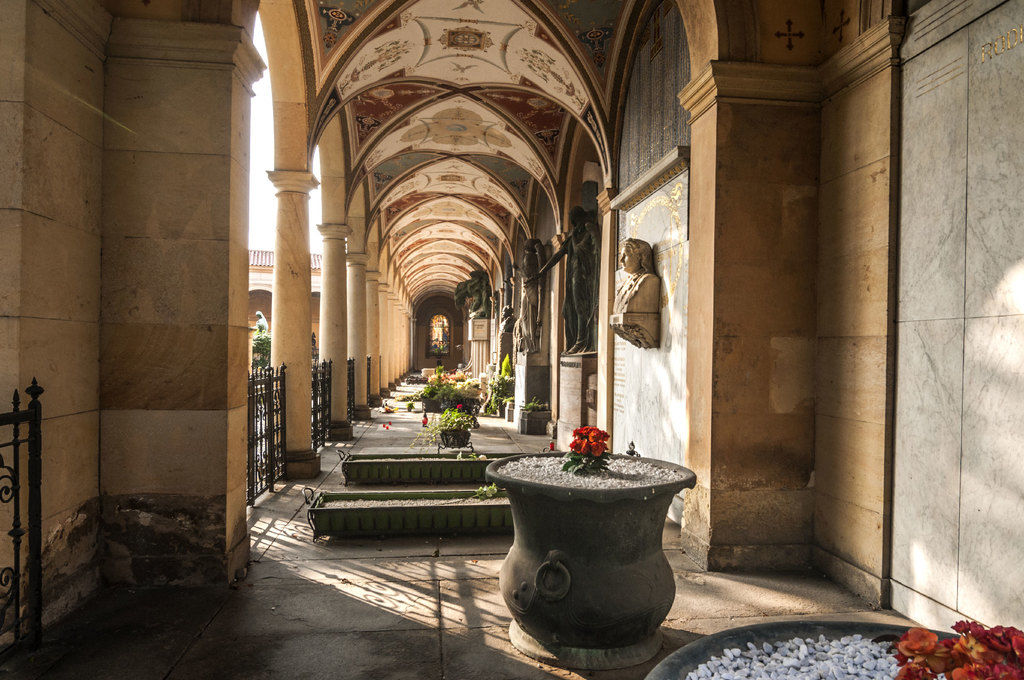 The Vyšehrad cemetery is open daily and free of charge. It belongs under the Prague Cemeteries Management, a contributory organisation of the capital city of Prague. It is also a part of the Pre-booked guided tour and the guided tour Faces of Vyšehrad - National symbol (only in Czech) according to the current schedule.